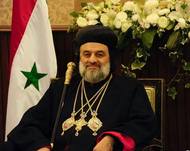 The Syriac Orthodox Church is one of the most ancient Christian Churches tracing its roots to the Church of Antioch. The disciples were first called Christians in Antioch (Acts of the Apostles 11:26). Apostle Peter is believed to have established a church in Antioch in AD 37, the remnants of which are still in Antakya (the modern name of Antioch), Turkey. After the martyrdom of Apostle Peter, he was succeeded by St. Euodius and St. Ignatius Noorono as shepherds of the flock in Antioch and in the writings of St. Ignatius we find the evolution of the ecclesiastical order of bishops—ordained successors of the Apostles in whom continued the spiritual authorities vested by our Lord in the Apostles. The bishophric of Antioch was recognized in the ecumenical Synod of Nicea (AD 325) as one of the Patriarchates of Christendom (along with that of Alexandria and Rome). It produced a line of succession beginning with Apostle Peter which continues to this day in the Syriac Orthodox Church.

Antioch was at the time of Christ the capital of the Roman province of Syria and an important center of commerce. As a city imbued in the hellenistic culture, Greek was the common language. But the majority of the people in the region, especially outside the cities spoke Syriac, the Edessene dialect of Aramaic, the language spoken by our Lord.


The disciples Addai, Mari, Aggai and Apostle Thomas, are believed to have spread the Gospel in the regions north east of Antioch, of Edessa (Urhoy) and Nisibis and further to upper northern Mesopotamian plains between Rivers Tigris and Euphrates. The Syriac Doctrine of Addai recounts how Christ send Addai, one of the Seventy Disciples, to King Abgar of Edessa. It is believed that Apostle Thomas went further east arriving in what is today India in AD 52. Many important and influential centers of Syriac speaking Christians emerged in the cities such as Edessa (Urhoy), Adiabene (Hadyab), and Nisibis (Nsibin). While Antioch was the seat of the bishophric, Edessa is often considered the cradle of Syriac Christianity.

The Church of Antioch played a significant role in the early history of Christianity. It played a prominent role in the first three Synods held at Nicea (325) , Constantinople (381), and Ephesus (431), shaping the formulation and early interpretation of Christian doctrines. In AD 451, the Council of Chalcedon and its Christological position resulted in a schism that divided the faithful under the Apostolic See of Antioch into two—one today known as the `idto suryoyto treeysath shubho (Syrian or Syriac Orthodox Church) and the other the Eastern Orthodox (or Rum Orthodox) Church of Antioch. The latter had the support of the Byzantinian Emperor Justinian who convened the Council of Chalcedon. The years that followed resulted in a struggle over the Apostolic See, with bishops of both persuasions assuming the position of Patriarch of Antioch. In 518, Patriarch St. Severus was exiled from Antioch. The seat of the Syriac Orthodox Patriarch of Antioch moved to different monasteries including Qartmin, Qenneshrin (Chalkis, near Aleppo), Malatya, and Amid (Diyarbakir), and finally settled in 1293 in Dayro d-Mor Hananyo (also known as Kurkmo Dayro in Syriac and Deir Zafaran in Arabic) in Mardin. It remained at this monastery until 1933 when the political circumstances forced its migration to Homs, Syria, and later to Damascus in 1959.

Another center of the Syriac Orthodox emerged in former Persian territory, that of the so-called Easterners (Syr. Madnehoyo). The Syriac Orthodox community there was partly a result of the Persian abduction of the Syrian population during the wars with Byzantium and forced settlement on Persian territory and partly of Christians in Persia who reacted against political imposition of the doctrines of the Church of the East. In the period of the Sassanids, the Easterners for practical reasons, established an ecclesiastical organization of their own, recognizing the metropolitan of Tagrit on the River Tigris as their head in 629. Later in the eleventh century, the title came to be known as the Maphryono (literally "one who bears fruit" or "consecrator"). He was elected by the eastern bishops, just as the Patriarch was elected by those of the west, but was ordained by the Patriarch. Later, this office gained such importance that Maphryonos ordained the Patriarchs, but at the same time, the Maphryonos ceased to be elected and from 793 (with the Maphryono Sarbelios) they were nominated by the Patriarchs. Among the Maphryonos, was the illustrious author Mor Gregorius Bar `Ebroyo (1226-186). Dayro d-Mor Mattay in Mosul served as the seat of the Maphryono in many periods of history. Later, the Maphryono took residence at the Patriarchate in Mardin. The last of the Maphryonos passed away in 1848 and the position became defunct.

The history of the Syriac Orthodox Church is characterized by adversity. Byzantinian oppression in the sixth and seventh centuries was followed by the atrocities of the Crusaders in the 11th and 12th centuries, then decimation at the hands of the Mongolians lead by Tamerlane (1336-1405) in about 1400, and severe restrictions under the Ottoman Sultanate. The growth of nationalism in the waning years of the Ottoman Sultanate lead to the massacre of about 25,000 in what is today South East Turkey in 1895-96. An even greater calamity occurred in 1915, etched in the memory of the Syriac Orthodox community as the Sayfo (Year of the Sword), wiping out 90314 people (including 154 priests) in 13350 families in 346 villages representing about a third of the Syriac Orthodox population in the area (according to the records compiled by Patriarch Aphrem I). Further misery came with the Kurdish rebellion in 1925-26, when the Kurds used the monasteries of Mor Malke and Dayro da-Slibo and the churches in Basibrin and near Hbob as bases. The immense suffering and destruction from 1895 onwards resulted in the alteration of the demographics of the community and mass emigration to other areas in the Middle East, notably Syria, to the North and South Americas, to different parts of Europe, and to Australia.

The Malankara Jacobite Syrian Orthodox Church, an Orthodox church in Malankara (Kerala, India) is an integral part of the Universal Syriac Orthodox Church with the Patriarch of Antioch, His Holiness Moran Mor Ignatius Aphrem II as its supreme head. The local head of the church in Malankara is the Catholicose of India, His Beatitude Aboon Mor Baselios Thomas I, ordained by and accountable to the Patriarch of Antioch.
Website maintained by Jacobite Syrian Congregation, Sacramento